Showing posts from September, 2021
Show all

Remembering Milton Glaser, ever searching for the miraculous 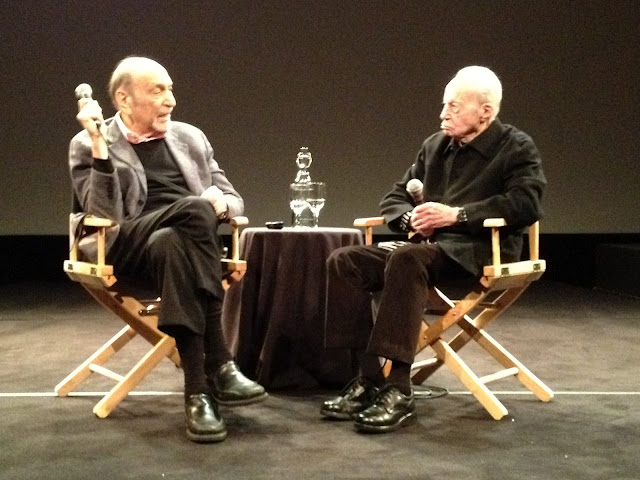 "Picasso wanted everything, Morandi wanted nothing. I'm somewhere between the two." Milton Glaser (left) with distinguished designer Ralph Caplan. Milton Glaser, Designer of ‘I ♥ NY’ is dead at 91. With the typically minimal cushioning reserved for obituarial headlines, the New York Times announced that yet another titan of our creative class has passed. I was fortunate to meet the magnificent Milton in the later years of his life, when he launched his last book one evening at the School of Visual Arts here in Chelsea, NYC.  +++  WHEN I spotted a tweet "Milton Glaser talk at the SVA, first-come first-served" I immediately set my alarm to arrive an hour ahead and cancelled all appointments. "There'll be stampede for this!" I tweeted out to whoever might care. There was no way I was going to miss a personal appearance by America's greatest graphic designer. Glaser's kinetic sculpture that adorns the SVA awning on 23rd Street. "Th
Post a Comment
Read more
More posts